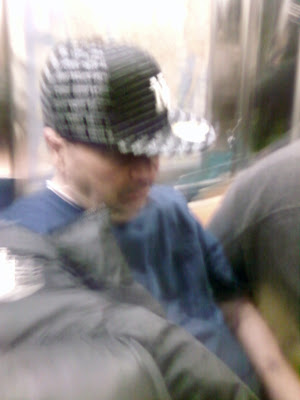 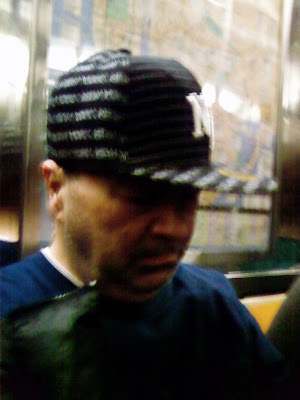 I was napping with my iPod on, and I woke up because I felt something repeatedly hitting and rubbing up to my arm. When I looked down, I saw an uncircumcised penis being masturbated right on top of my arm. Luckily, he hadn’t finished yet. (Though the police mentioned that it would have been better to have DNA evidence. Ew.) I immediately screamed something like “OH MY GOD, GET OFF OF ME YOU SICK MOTHERFUCKER!”

No one did anything. No one saw his penis, because my arm was covering it.

So I took my camera-phone out and went after him. He had taken a seat more towards the front of the carriage and pretended to be asleep. I snapped these two pictures of him (attached). And then when I was done, I screamed again “I’VE GOT YOUR PICTURE NOW, YOU SICK FUCK. I’M GOING TO REPORT YOU TO THE POLICE!” Of course, this got the attention of everyone around us and everyone was staring at us except the pervert who was still pretending to be asleep. There was no way he didn’t hear me. So I went back to my seat.

Later I did report him to the police, and am still waiting to hear back.